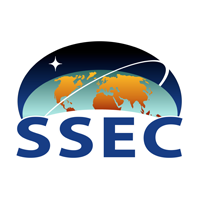 On November 9th of 2005, Venus Express was successfully launched from the Baikonur Cosmodrome in Kazakhstan. Successful insertion into Venus’ orbit took place on April 11, 2006 and Venus Express achieved its desired orbit in May, then sending routine data from its science instruments. After a longer than expected 8-year life, the spacecraft embarked on a mission in June 2014 to carry out low-altitude orbits in attempt to measure the planet’s atmospheric density. Contact was lost with Venus Express during this campaign in November 2014.

While the Venus Express mission was formally closed in December of 2014, the collected data continues to provide new and intriguing clues about our nearest solar system neighbor. Incoming data has provided new details about the Venus atmosphere as well as the surface (VIRTIS-M). A special issue of Icarus (International Journal of Solar System Studies) was published in fall 2011, presenting results from the mission’s first five years. Since then, the European Space Agency has recorded Venus Express’ most significant discoveries here.

The Venus Express mission had many US participating and interdisciplinary scientists who were supported by NASA. We had the privilege to present the Education and Public Outreach efforts for the Venus Express Mission in cooperation with the European Space Agency and with support from NASA.